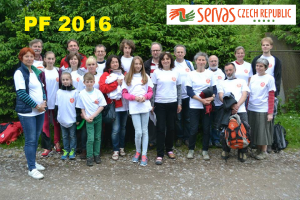 2015 was a great year for Czech Servas. We are active on Facebook more than year. We founded this new website in May. We got involved in Regional Meeting in Tbilisi, Gergia, Austrian-Slovakian meeting in High Tatras and SICOGA (Servas International Conference and General Assembly) in New Zealand. Our member Karolina Paleckova was elected into Youth Comitee there (look at blog about her stay).

We organized Czech-Polish Meeting in Krkonoše, which was attended by nearly 40 Servas members. In summer, Annual Meeting took place in Suchdol. We had also one smaller meeting before Christmas in Prague. We made new t-shirts, which are very popular and moreover, we have contribute to organization People in Need.